Can't understand your future until you accept your past. We're proud of the company's history and are eager to share it with you.

To deliver strategic technology consultations by implementing our collective expertise and experience; to develop and apply an efficient methodology that empowers our clients to achieve their business goals.

2001: Opened up with first office at 1501 Heritage Lane (on Second Loop Rd). Predominantly we were selling websites and custom-built desktop computers to a combination of businsses and consumers
2002: The company struggles to retain talent after the "high school" class of employees moves onto higher education and only two "original" founders remain to draft a new course forward for the business
2003: Employee headcount reaches 5 full-time employees
2007: HillSouth wins two statewide awards and two award ceremonies are convened in Columbia, South Carolina to honor the company and its founder within a two-week period.
2011: Founder Robby Hill receives the innagural Empact 100 award at The White House which is broadcast live on whitehouse.gov as a top young entrepreneur in the United States. The company closes on the purchase of it's new office building (half of it built in 1912) and commences to consolidate two Florence locations into one HQ office by the end of the year.
2012: HillSouth ranks #994 for the first time ever on the Inc. 500|5000 list, receives two CRN awards, and for the second time is honored at The White House with the Empact 100 award for young entrepreneurship

Our headquarters is located in an owned 7,500 sq. ft. historical building on the major artery in downtown Florence, South Carolina. We serve clients all over the state from this facility - with branches in both Columbia, SC and Myrtle Beach, SC. 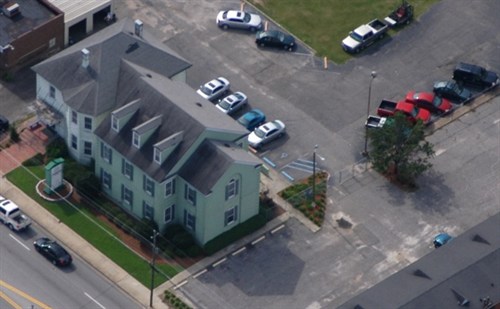 Discover what you can do to strengthen your cloud data’s protection from loss and cyberthreats. Download our free eBook today to learn how!Download here